Is Google Changing the Internet with the New TLDs? 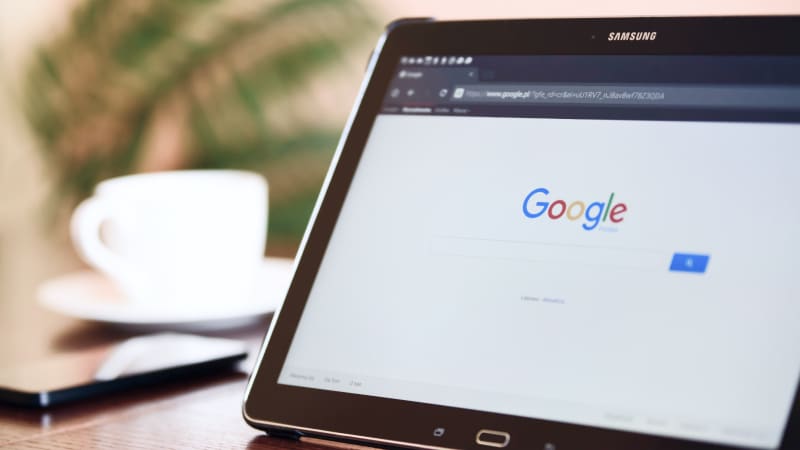 A wake-up call for brands in the new Top Level Domain (TLD) era.

“Are you Crazy? The Internet is changing! Google has to be a part of that.”

Those were the words of Google’s co-founder Larry Page when he became aware of the Internet Corporation for Assigned Names and Numbers’ (ICANN) plan to expand the Top Level Domain (TLD) space.

Google originally planned to submit 4 TLD applications (.google etc.) for its primary trademarks, but prompted by Page, Google submitted 101 TLD applications. Page believed the TLD expansion would have a significant impact on the Internet landscape, a market in which Google had to maintain its leadership.

Google desired to operate their TLD assets as restricted spaces, where only Google entities could register domains. However, as ICANN policy ironed out, it was ruled that generic terms without trademarks, would have to be offered to the public.

Upon this ruling, Google withdrew applications for the non-trademarked TLDs they were uninterested in offering publicly, but kept generic trademarked TLDs such as .drive (Google Drive) and .play (Google Play Store), and their brand TLDs such as .google, .youtube and .chrome. Here is a categorized list of Google’s TLDs:

This marked just the beginning of Google’s involvement in the new TLDs. We felt it was time to bring Google’s new TLD activities to light, to demonstrate the value placed on the new TLDs by the Internet giant.

If Google persists along their path with the new TLDs, they could alter the way we use the Internet forever, as they did with “search” at the turn of the millennium.

Google’s first major move in 2015 was to acquire the .app registry in auction for $25 million USD, buying out 12 other applicants. Critics highlight this would not be the first time Google invested millions into a test project and did not see it as significant.

While Google does explore disparate ventures, in the online business space they dominate, and new TLDs including .app can directly contribute to their online objectives. Hence, it would be prudent to observe Google’s new TLD actions with a keen eye as they are arguably the spaces clear leader.

Considering the upward usage trends in mobile, one could surmise that Google secured .app preemptively as the digital marketplace continues to become evermore smartphone-centric. This viewpoint only further justifies the value of the new TLDs because applications or “apps” require the Internet, and the Domain Name System (DNS) to function.

What could Google do with .app? The development potential is boundless. Perhaps they’ll develop an innovative platform for application developers worldwide and revolutionize the application community.

With so many apps, trust and visibility are two of the biggest challenges for users and developers, respectively. Google could offer .app domains to best in quality or most secure applications, creating a premium class of applications with a clear label. This class of applications would be more visible and stamped with a .app trust label. That’s just one possible use case.

Whatever becomes of .app, the fact remains that Google, an Internet market leader, paid a large sum to control a single TLD, revealing their understanding of the inherent value in good TLD registries. Wouldn’t it be wise, as Google did, to consider which new TLDs could bring value to your business?

Further displaying their belief in the new TLDs, Google selected abc.xyz as the primary domain for their new umbrella company, Alphabet. This move displays Google’s naming brilliance, and willingness to lead as an innovator. There’s much to learn from this decision.

For one, they found the greatest outlet for brand creativity in the new TLDs, which contain hundreds of options, as did other business leaders from General Motors (generalmotors.green) and Apple (apple.news).

Limiting domain selection to .com is a creative shortcoming. An innovative approach would be to explore engaging name combinations using the new TLDs to represent exactly the label your business seeks to promote. But you don’t have go bat crazy. .xyz is just one option. It worked for Alphabet because of its meaning.

New TLDs represent brand labelling opportunities that are exact matches, different and easy to remember. So consider the TLDs that match your marketing initiatives and be bold to differentiate your brand with labels that mean something as an engagement anchor. Then deliver content and experiences that fulfill that labels brand promise.

There was a recent update highlighting several domain names Google registered on its .google TLD. We do not see them live at this time but it is interesting to hypothesize use cases:

In the near future, it is possible that instead of searching for “Google Play Store” on Google’s search engine at google.com, you might direct-type “play.google” into the URL address bar, arriving at your desired webpage with much less effort.

Could the new TLDs potentially disrupt the “search” market? We’ll just have to wait and see how Google responds to what could be a major threat to their core business.

Google anchored itself in the domain name space further by creating the Charleston Road Registry (registry.google) to operate their TLD registries. Most companies partnered with existing registry providers for their TLD infrastructure.

Google appears to be all in with brand registries, registry infrastructure and retail registrar initiatives.

The new TLDs have the potential to change the way we use the Internet forever. Google recognized this in 2012, submitting 101 TLD applications, but have the rest of us caught on? Yes and No.

Approximately 11,000,000 domains have already been registered in the new TLD spaces from .club to .ski, .nyc to .london, .barclays to .microsoft, and of course .google. Google also stated on their blogs (Google Business and Webmaster Tools) and their YouTube channel that the new TLDs will be treated as equals with legacy TLDs (.com, .org etc.) with respects to search engine rankings (SEO).

The evidence is clearly on the table. Google appears committed to the new TLDs because they align with and will impact Google’s online business objectives. They also provide opportunities for digital innovation closer to the Internet’s “root”.

Stay tuned for more from Google and other brand innovators who get the jump and differentiate in their markets. We are just at the cusp of an epic Internet taxonomy shift.

The opportunity to acquire your own Brand TLD is coming soon. If you manage a brand without your own secure, authentic and TRUSTED name space, you need to understand the Business Case to ...
Reduce Total Cost of Ownership Improve topline & contribution margin Request a Briefing
Share Twitter Linkedin Email
Related Posts JUMP THE CURVE: Part 1: A Brand TLD Business Case JUMP THE CURVE: Part 2: Building and Executing a Brand Top-Level Domain Strategy
More Blog Series Business Process Management Improving DNS Security The Pain of Corporate Domain Management
Watch our webinar on Security & Compliance when it comes to your Domains and DNS
Read our Case Studies For Real World "Before & After" Stories